Often, at the beginning or after the end of a divorce or paternity case, the parent with whom the child resides wishes to relocate. A move of a few miles does not usually create any problems. However, when longer distances are involved, there is an increased likelihood that the current Parenting Plan will become unworkable.

The Florida Statutes define a relocation as “a change in the location of the principal residence of a parent or other person from his or her principal place of residence at the time of the last order establishing or modifying time-sharing, or at the time of filing the pending action to establish or modify time-sharing.” Additionally, “the change of location must be at least 50 miles from that residence, and for at least 60 consecutive days not including a temporary absence from the principal residence for purposes of vacation, education, or the provision of health care for the child.”

The statute requires that the parent wishing to relocate either (1) obtains a written agreement with the other parent (see more detail below), or (2) serve a Petition to Relocate on the other parent who then has 20 days to object.

A written agreement to relocate must

(1) reflect the agreement of the parents,

(2) define the new time-sharing schedule that will take place after the relocation, and

(3) describe any transportation arrangements related to the revised time-sharing schedule.

Additionally the parents must seek a judge’s approval of the relocation agreement. No hearing is required unless requested by one of the parents.

If an agreement is not possible, the parent wishing to relocate must file a Petition to Relocate and have it served on the other parent. The petition must include

(1) a description of the location of the intended new residence (including the specific address if known),

(2) the mailing address of the intended new residence (if different from the physical location),

(3) the home telephone number of the intended new residence (if known),

(4) the date of the intended move or proposed relocation,

(5) a detailed statement of the specific reason for the proposed relocation (if the relocation is based on a job offer, then the job offer must be attached to the Petition),

(7) the statement – A RESPONSE TO THE PETITION OBJECTING TO RELOCATION MUST BE MADE IN WRITING, FILED WITH THE COURT, AND SERVED ON THE PARENT OR OTHER PERSON SEEKING TO RELOCATE WITHIN 20 DAYS AFTER SERVICE OF THIS PETITION TO RELOCATE. IF YOU FAIL TO TIMELY OBJECT TO THE RELOCATION, THE RELOCATION WILL BE ALLOWED, UNLESS IT IS NOT IN THE BEST INTERESTS OF THE CHILD, WITHOUT FURTHER NOTICE AND WITHOUT A HEARING.

Once served, the other parent then has 20 days to object to the relocation. An answer objecting to the proposed relocation must include the specific factual basis supporting the reasons for seeking the denial of an attempt to relocate, including a statement of the amount of participation or involvement the objecting party currently has or has had in the life of the child.

In reaching a decision regarding a proposed temporary or permanent relocation, the Court must evaluate all of the following criteria:

If the parent wishing to relocate fails to comply with the provision of the statute, then they may be subject to contempt and other proceedings to compel the return of the child. The relocating parent’s failure to comply with the statute may be taken into account by the judge as a factor in making a determination regarding the relocation, determining whether the Parenting Plan should be modified, as a basis for ordering the temporary or permanent return of the child, and in determining the payment of attorney fees.

There a few important final points to make. First, the concern of the Court is with the best interests of the child, not the best interests of the parent. Consider the following situation: a divorced mother and father both live separately in the Jacksonville area. The 10 year old child lives primarily with the mother, but the father is very involved in the child’s life. The child also has extended family (aunts, uncles, cousins) in the area. The mother gets a promotion that would require her to move to Los Angeles, California where neither the mother or the child has family or friends. It is entirely possible that the mother’s request for relocation could be denied. A judge could think that the move could negatively impact the child by losing frequent contact with the father, family members, and friends. However, the judge might make a different decision if the father has infrequent contact with the child or if the mother is proposing a move to Orlando.

Lastly, a request by one parent to relocate with the child does not create a “substantial change in circumstances” that would allow the other parent to request a modification of the majority time sharing provisions of their Final Judgment.

Very often, if a relocation is permitted, there needs to be a modification of the child support since the minority time sharing parent’s number of nights with the child will change.

Due to the many factors that go into a judge’s decision, it is important to consult with an experienced Family Law Attorney when considering such a move. 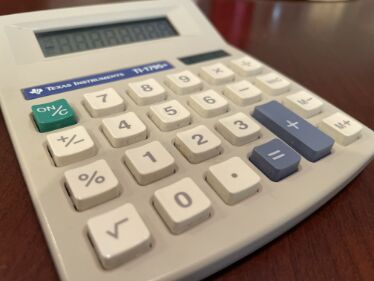 Why did I create My Florida Child Support Calculator? I often hear from potential clients after they have appeared in … END_OF_DOCUMENT_TOKEN_TO_BE_REPLACED 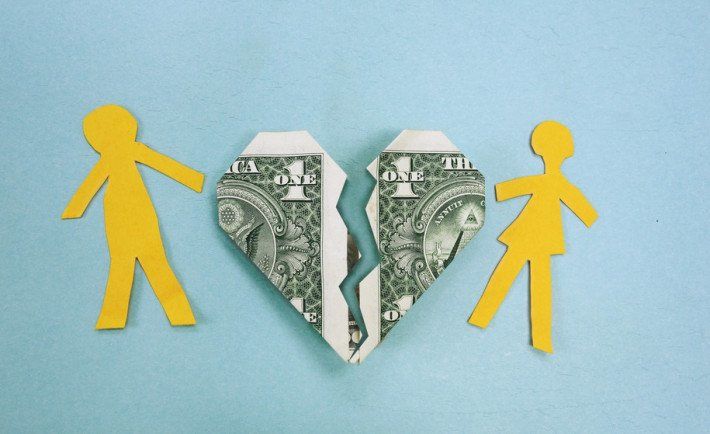 Does divorce hurt your credit score? The quick answer is "yes." But only in some situations. Your credit score is not … END_OF_DOCUMENT_TOKEN_TO_BE_REPLACED